If you have already looked into designer dog breeds like Cockapoos or dogs in general, you’ve probably come across an option known as a Sable Cockapoo. Don’t be embarrassed if you were not entirely sure what that actually meant. You’d be surprised how many people have never heard the word sable used often enough to know what it means. Apart from Eartha Kitt’s Santa Baby, that is.

To help you understand what the interest is in the Sable Cockapoo and why it is so popular, we are going to discuss what the word means.

What Colour is Sable?

As you may have guessed, sable is a colour. However, what colour is it? Sable was the term originally used to describe black and dark brown colours. It is, unsurprisingly, based on the marten species of the same name, because the animal has a coat that black or an incredibly dark brown and that is very silky in texture.

However, when it comes to the Sable Cockapoo, thanks to it being a crossbreed and there being variety in the gene pool, you will find a wide variety of colour options, including:

Although it is always something of a lottery, you can often predict the colour Cockapoo puppies will be based on their parent’s coats.

If you invested in a Sable Cockapoo puppy, you won’t have to wait long for the proper colouring to come through, as it happens early on and is very strong. Depending on what the parents were like, you will also start to see the characteristic curls form within weeks of the puppy being born.

Does the Sable Colour Fade?

You may have heard of the odd occasion where the coat of a Sable Cockapoo has started to fade and is not nearly as striking looking as it was when the owner first got him or her. It is true, the coats of Cockapoos face as they get older. This is down to the fact that older dogs don’t produce the same amount of pigment to give their fur colour. While this is less visible in lighter-toned furs, it can be very easy to spot on a strongly coloured Sable Cockapoo.

Dogs, in that sense, are very much like humans. So, try not to be too dismayed by it and see it for what it is – a natural part of maturing. Just as our hair changes as we get older, so too does dogs.

As a Sable Cockapoo is quite a specific variation of the breed, your best option to secure that particular coat colour is to go to a reputable breeder. We say reputable because there are so many operating out there these days that it can be easy to make the wrong choice.

For advice about choosing a breeder, as well as a selection of some of the most reputable and popular in the country, check out this page.

We would be irresponsible if we didn’t note that you are open to all options when investing in a new dog. That includes looking into the prospect of rescuing an abandoned or otherwise abused dog. You may have to search higher and lower for a Sable Cockapoo, but it will be worthwhile to know you are helping to give a mistreated or simply family-less dog a home. 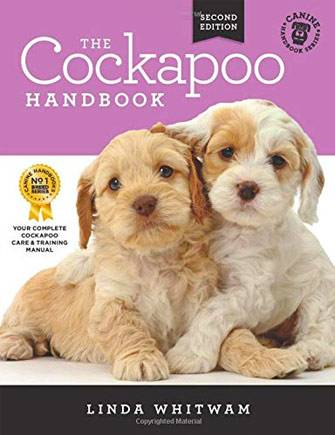