Dogs are not humans. It’s worth noting that as we look into the curious and rather filthy side of dog ownership where they seem almost obsessed with your most intimate and personal items. You see to a dog, a dirty pair of your knickers, a used tampon, sanitary towel and even, yes even a condom, is like some amazing treat for them.

However, it is not a treat and as condoms can’t be digested and have a high level of elasticity, they can pose a threat to your dog.

In the following post, we will give you tips and suggestions about what you should do if your dog eats a condom (or tampon, sanitary towel, you get the picture), but before that, it’s worth looking at why they want to eat these kinds of things in the first place. 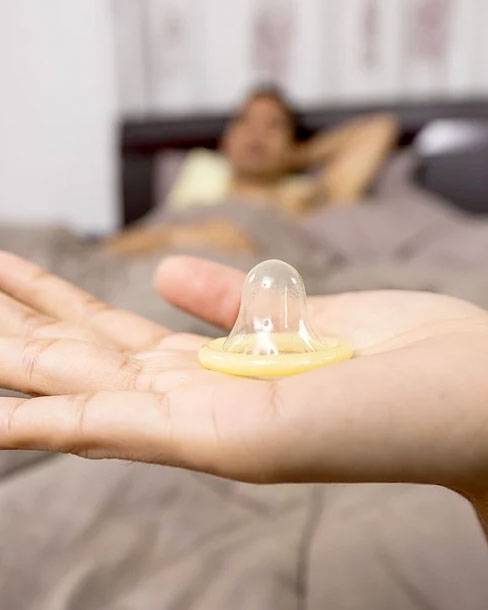 Why, Why, Why Would My Dog Be Interested in Eating Condoms?

Well, don’t worry, they don’t have a weird fetish. There are some very interesting reasons why they like the most pungent and disgusting items, not on the menu.

Wild species of dog normally hunt and feed on live prey. However, they will, if necessary, hunt and eat carrion. Simply put, and sorry to those reading this with a more delicate disposition, your condoms, sanitary towels and tampons smell of biological matter that is decaying. To a dog that suggests carrion.

Dogs Use Their Noses and Mouths To Explore

Dogs, as you probably know, use their noses and mouths rather than their eyes, to explore the world around them. Once they catch a whiff of a very strong, albeit pungent, smell, they are almost hardwired to seek it out. Just on the off chance, it is something delicious for their belly. Although the phrase is curiosity killed the cat, dogs are just as equally curious critters as their feline counterparts. It’s in their instincts, so don’t shame the condom eating dogs.

They Love Your Smell

As you are a member of the pack, and if you are their owner, the pack leader, there is no smell in the world better to your furry friend than your own scent. This is why your dog loves snuggling up to things that you have worn when you are not wearing them and gone. It is also why, rather disgustingly, that they love things like dirty pants and used condoms. There is nothing that transmits your scent more strongly than your bodily fluids.

Now you understand the why…let’s get down to what you do next. 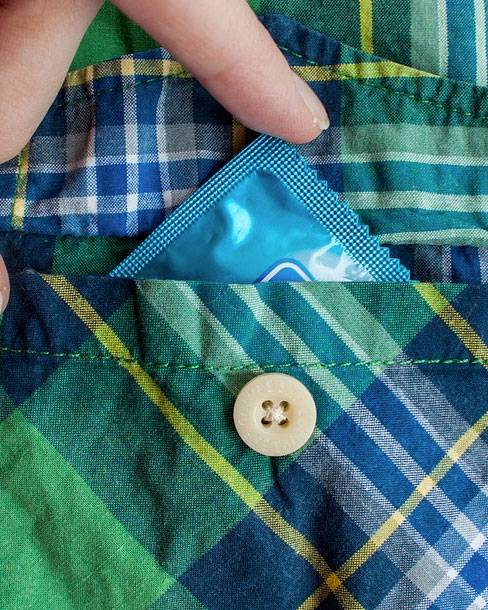 What Should You Do?

Well, first and foremost, you need to avoid panicking. We know that sounds easier than it probably is. After all, you will be worried about your dog choking or the condom causing other damage. But over and above all that, you will probably be worried about having that awkward conversation with your vet about it all.

When it comes to how serious a risk a condom poses, size is crucial. What we mean is the size of your dog in relation to the condom. Take a Cockapoo or Golden Retriever, for example. If a medium or large dog swallows a condom, it will usually pass through its system without much hassle or bother. Whereas if a miniature poodle or Chihuahua swallows a condom it probably won’t be able to pass it out.

Fortunately, condoms do not have anything in their physical makeup that is toxic or dangerous for animals. The main danger is that it gets stuck inside their intestines and causes a blockage.

How To Deal With It Without Calling the Vet

Rather than immediately rushing to call the vet, there are things you can do that could potentially save you some time, money and embarrassment.

If you caught your dog in the act, it is a good idea to check to see if it can be pulled out of their mouth without getting injured. However, if you didn’t catch them in the act or there are no signs of the condom near to the entrance of their mouth, do not try to remove it or induce vomiting by sticking your fingers into their throat. You could damage their oesophagus or throat in the process.

The best way to induce vomiting is by using hydrogen peroxide if you have any or taking him or her along to the vet. Do whatever you feel comfortable with.

If you decide to deal with it on your own at first, there are some signs and symptoms you need to be aware of. These include:

Taking Your Dog to the Vet

There is no shame in not being able to deal with this on your own. That’s what vets are there for. If you go to your local vet, they will normally take three steps to solve the problem:

Although it’s embarrassing, it’s really best to just be honest with your vet and tell them straight “my dog swallowed a condom”. If you do feel uncomfortable, you could just say that your dog swallowed a piece of plastic or balloon. The majority of vets treat this kind of issue as gastrointestinal obstruction. 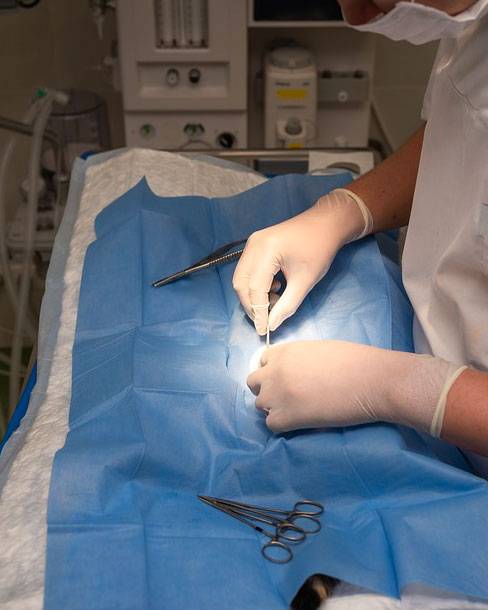 If your vet thinks it is serious enough and that there is a chance your dog won’t pass the condom naturally, they will perform x-rays or an ultrasound to locate where the condom is and how bad the blockage is it is causing.

Depending on its location, your dog may need to have it surgically removed.

There are a wide variety of treatments that can be used in the event of a dog swallowing a condom. If your dog is or starts to choke on the offending object, your vet may decide to induce vomiting to shift the condom out of your dog’s throat or mouth. Alternatively, your vet may sedate your pooch and try to reach in and get the condom out.

As noted above, if the blockage is serious enough and the condom is too far inside your dog to get out through the mouth and its unlikely to pass naturally, intestinal surgery may be required to remove it.

Advise You On Preventative Measures

Obviously, prevention is always better than cure and your vet will offer advice on how to avoid your dog from eating and swallowing items, like condoms and similar items. The best advice your vet will give, and we will offer here is to put used condoms in a bin and to make sure your dog can’t access it. It is also wise to keep a close eye on what your dog is chewing.

There is a chance that your dog has swallowed something, like a condom, and you’ve not realised. Some signs show they have blocked intestines that you can look out for, such as:

If you notice any of these symptoms with no rhyme or reason for them or you are just worried in general, contact your vet.

So, if your dog has swallowed a condom, he or she should be perfectly fine. The only reason it may be a worry, as noted above, is if you have yet to see it pass through your dog naturally in their poop or they are suffering from the symptoms cited. Just put your condoms in the bin out of the way of your dog and remember to laugh at the situation, because as long as your dog is safe and well, it is rather funny!