So, you’ve spent a long time looking at various dog breeds, and have finally decided that a loveable and fluffy Cockapoo would be the ideal match for your family. Although that would seem to be the biggest decision made, you may start pondering the question highlighted in the title of this post. In many ways, this is a very justifiable question, as there are known to be differences between male dogs and female dogs.

We could give you the very short answer and say that with Cockapoos though if they have been spayed/neutered, there is no gender-specific differences.

Whether owners want a male or female dog, is entirely down to their own personal preference, and the decision over the dog that is right for their family and household should be made down to the individual temperament and personality. There is also something to be said for the training. Although female and male Cockapoos are both territorial, stubborn and independent, they will only tend to develop undesirable behaviours and personality traits as they mature, if, and this is a big if, they are not properly trained. 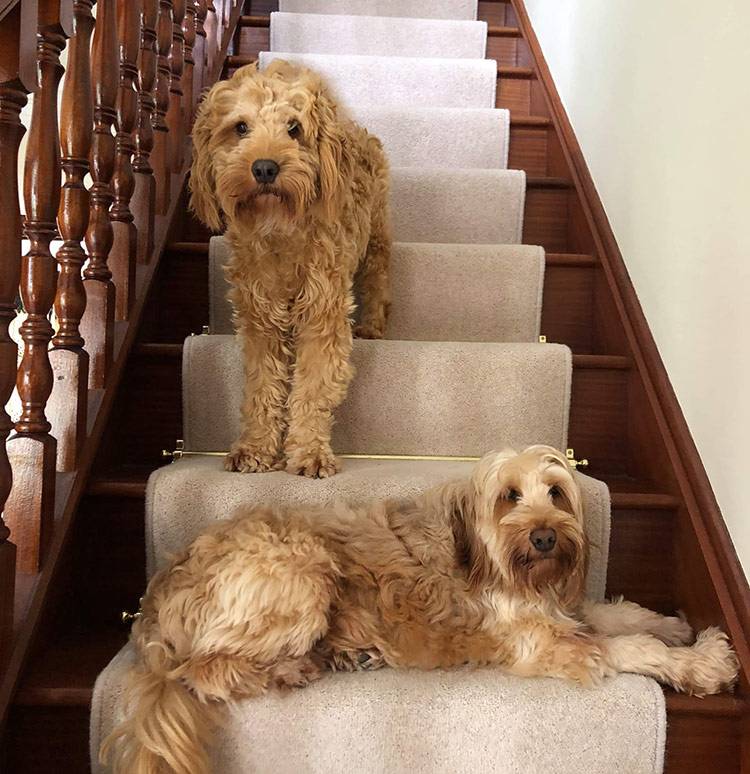 That being said there have been some owners who have noticed slight differences in behaviour between genders, though it is down to you to figure out whether these are deal breakers one way or the other

The most important part of Cockapoo training, aside from sticking to your guns and being consistent, is that first year you have him or her in your home. Many breeders and owners will recommend attending a pet training classes, particularly if you are new to dogs in general or the Cockapoo breed. 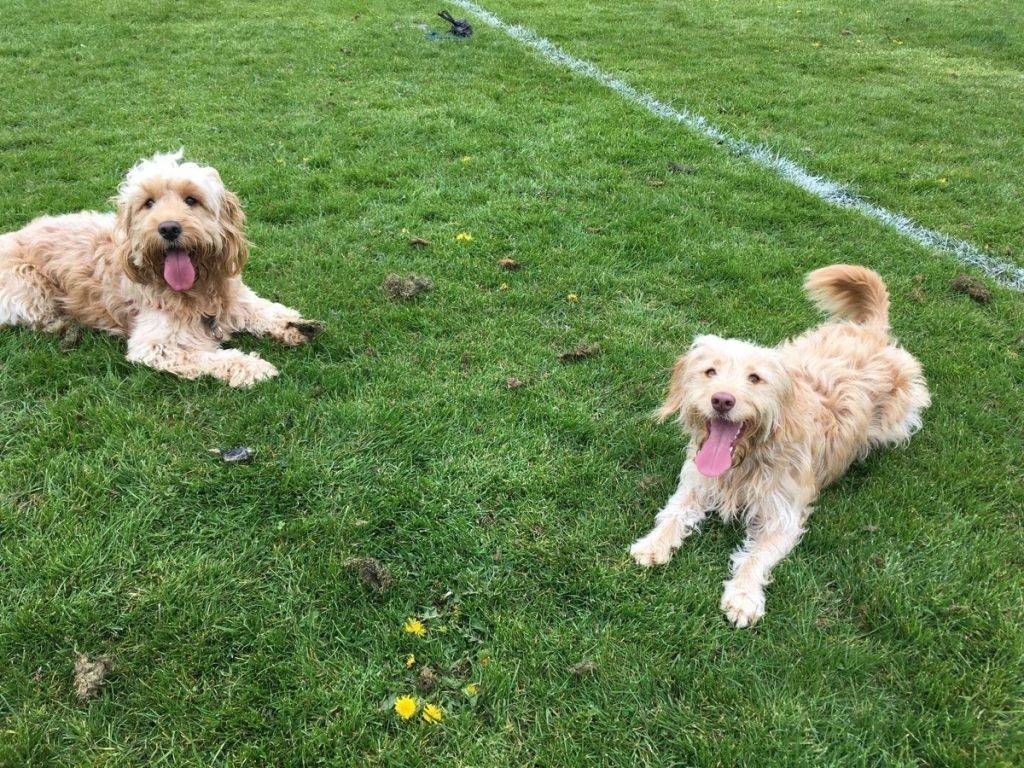 While the above is all true and very apt, you may be thinking about the possibility of breeding, even if not right now, but further down the line. If this is something you are considering, that is, buying a dog that has not been ‘fixed’.  this is true and a very apt answer, you may be interested in the possibility of breeding, even if not now, further down the line. If you decide to buy or adopt a young Cockapoo that has not been ‘fixed’, then it is important to know that even with an amiable breed such as the Cockapoo, there are differences between genders.

Obviously, if you purchase or adopt an intact Cockapoo, like any dog, you have to deal with the issues directly related to this.

Males who are intact, for instance, will have to want to ‘mark’, that is urinating everywhere they consider to be their territory and can be very aggressive. If there are female cockapoos (or pretty much females of any dog breed) in the vicinity, intact males will, as is in their nature and make-up, be very keen to get outside and hunt high and low for a potential mate. Obviously, if you have a female dog in addition to your new male Cockapoo, you need to be very careful and consider keeping them separate, unless you want lots of puppies.

When you have female Cockapoos who have not been spayed, you obviously have to deal with their twice-yearly seasons where they will be in season, looking to escape and of course, menstruating.

Some Scenarios to be Aware of

The main scenario you need to be careful of when selecting a male or female Cockapoo is if you already have a dog in your home.

Whatever your current dog’s gender is, you will find it easier choosing a second dog of the opposite sex, as they are likely to fight less. 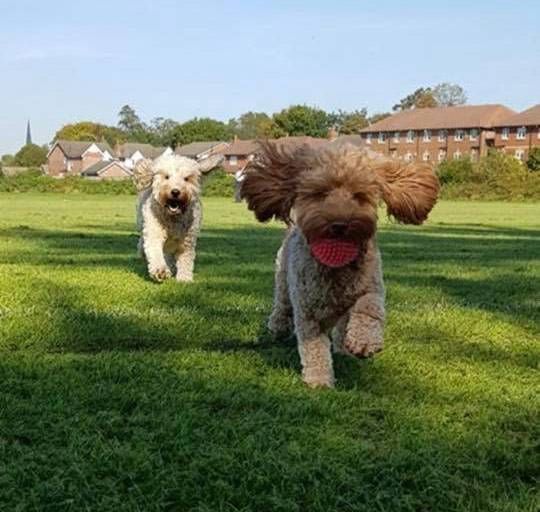 That’s not to say you can’t add a male and work hard at ensuring they get along, but it does make the situation a lot tenser.

By far the worst scenario in a household that currently has a female dog, is to add another female. Two female Cockapoos together are more likely to fight than any other combination. There are always exceptions to the rule, and you, like the team here at CockapooHQ, may know of households with two or even more female Cockapoos/dogs that co-exist peacefully. The key in these scenarios is that there is a firmly established Alpha and that the other dogs know who that is and know their place within the pack.

Even if challenges to dominance do occur, they will tend to be less frequent or intensive.

It should be noted, as ever, that all of the above are generalisations and possibilities. As noted, Cockapoos generally have a good track record of being great companion dogs that share similar traits, regardless of their gender. It is just important to be aware of the possibilities when welcoming a new dog into your home. 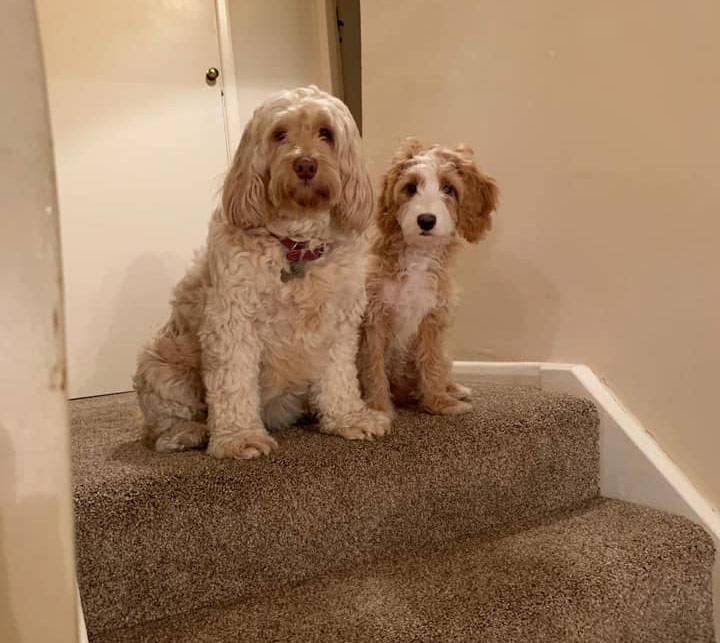 We hope we have helped you choose between a male or female cockapoo.