You are here: Home » Blog » Behaviour » Are Cockapoos Clingy?

Cockapoos, a hybrid breed of dog that is part Cocker Spaniel and part Poodle, are incredibly popular and have been for the last decade or so. In fact, so popular that they are the number one choice in cross breeds for many dog owners in the country. They are even more popular than a lot of pure breeds.

A large part of what makes this mixed breed so popular is that they are generally well-mannered and very happy little critters. Poodles and Cocker Spaniels are both known for their warm and friendly personalities, so it makes sense that resulting puppies from breeding the two together would create friendly animals. 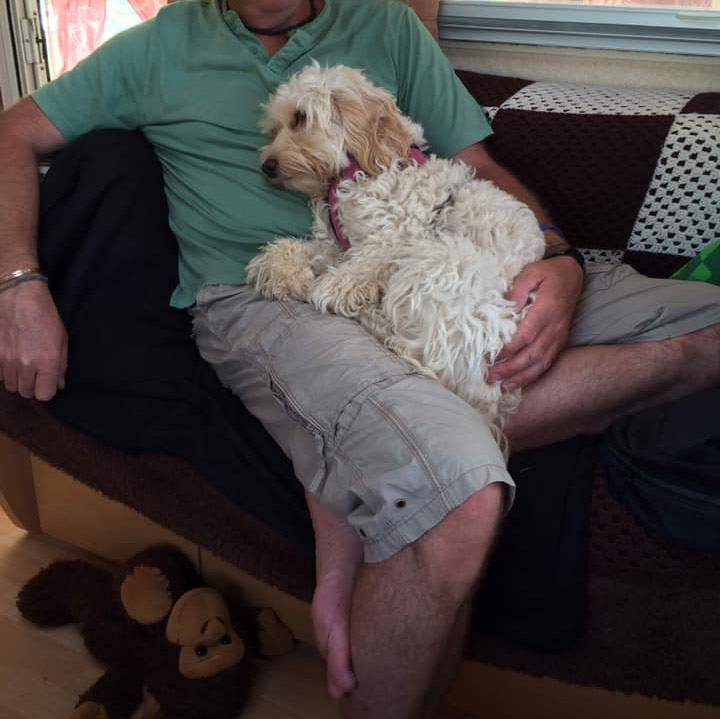 However, does this always mean that you will have a loving and friendly cockapoo? Well, that is what we are going to discuss, because you may have heard that some people have noted that sometimes they cannot just be friendly, but actually somewhat clingy. Thats why people are asking “are cockapoos clingy” and people also ask “cockapoo velcro dog”.

Highly Intelligent – The Good and Bad

As well as easy-going and loving, both Cocker Spaniels and Poodles are two of the smartest breeds of dogs. As a result, the parent dogs and any puppies these breeds produce together, are very easy to be taught. They seem just to love being taught.

However, there is a darker side to the intelligence and loyal nature of cockapoos. That is Separation Anxiety.

Separation anxiety is one of the worst parts of a Cockapoos loyal, loving and clingy personality. This is not an issue that just Cockapoos suffer from, but it does seem to hit them harder than some other breeds. It means that a dog with this condition won’t like being left along for long at any one time, if they can really cope with it in general.

The only thing that will make them happy, is if they are with you and if they are particularly clingy and suffering from this form of anxiety, they may end up following you wherever you go in your home.

There are various different symptoms and behaviours that Cockapoos can exhibit if they have separation anxiety. The most common includes:

Why do Some Suffer from Separation Anxiety and Some Don’t?

Not every single Cockapoo by default suffers from separation anxiety. However, any seem to and it usually develops very subtly over a long drawn out period of time. This is a problem because if you fail to spot the signs sooner, as many do, by the time you do it is already a very entrenched issue.

As noted earlier, most dogs tend to be highly social creatures and enjoy company, whether its canine or human, but there are some that need it more than others and Cockapoos are one particular breed that do. Couple that with their intelligence level, the fact that they have a reasonably high energy level and if all these aren’t met, they can suffer.

How to Prevent Clingy Behaviour and Separation Anxiety

Cockapoos are at their healthiest and happiest in a family arrangement where there is going to be someone there for most of the time so that’s why people are asking are cockapoos clingy. However, all dogs have to learn to be happy and content in their own company for some of the time. That is why it is important to establish boundaries and a routine, even from the very moment you bring your new puppy home. This schedule will give your Cockapoo security and will help learn what they can expect.

Obviously, you need to spend a lot of time with your Cockapoo and avoid leaving them on their own for long. That being said, you still need to work on teaching your dog that it is okay for them to be in one room while you go into another and that they are sometimes going to be home alone without you there. 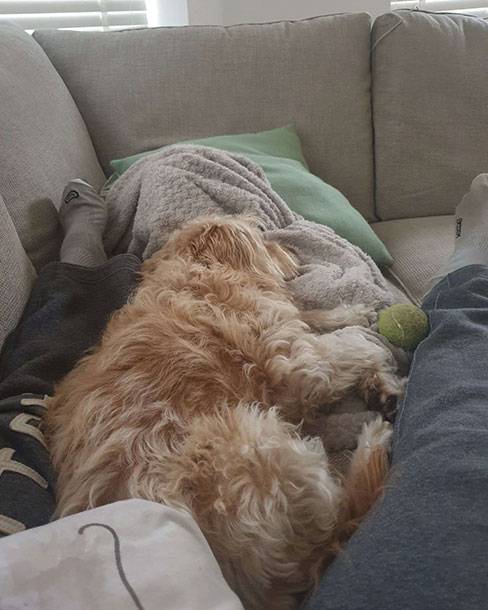 The best way to acclimatise them to it is by taking it slowly and only leaving them for short periods. A cockapoo really is a velcro dog. Then, with each time you could start increasing the duration you are out of the house. The general rule of thumb that anything more than approximately four hours in a single time, is too much, even for the most well-behaved dogs.

You also need to give them something to play with while you are gone, such as a treat they have to work for or find to earn or a toy they can interact with. This will help keep their mind engaged and stop them from becoming bored or upset.

The Tv or even the radio is also good for providing company for them as the background noise can give your dog reassurance.

Question: My cockapoo is very attached to me, what can I do to make them spend some time on their own?
Answer: Get used to them spending some time on their own each day. Even if it’s just for 5 minutes here and there. Put them behind a baby gate so that they can see you and slowly build it up so that you are out of site for a short while.

Question: Are cockapoos loyal?
Answer: Yes, Cockapoos are one of the most loyal dog breeds, and for that reason, they will love to follow you around everywhere.

Question: Do cockapoos get attached to one person?
Answer: Yes, they are likely to have a favorite person just like we do. My Cockapoo, Luna, definitely prefers my wife to me as she follows her everywhere. She also adores my wife’s mum, but that’s maybe because she feeds her all of the best foods when she sees her.

In summary to the question “why are cockapoos so clingy” – Yes, they are. Although it is possible for your dog to be too clingy, Cockapoos are not usually clingy from the get-go. By putting some tips in place from the beginning of your life together, you can avoid it becoming a problem. Even when it does, you can still do plenty of things to control and manage it. Remember, no dog should be left alone for an incredibly long time without human interaction, regardless of whether it’s a Cockapoo or something else.