Whenever you are thinking about bringing a new pet home it is important to understand what things are most important to you in his appearance, attitude and maintenance.

For many families, getting a dog that doesn’t mess up their house too much is a major concern. Of course, one of the ways in which many pooches make their presence felt is by cockapoo shedding hair all over the place. 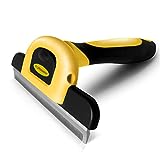 This is bad news if you don’t have time to tidy up all the time or have children that you want to keep clear of messy dog hair in the house.

You may have heard that Cockapoos don’t shed their hair but how true is this? Could it be that you can get a beautiful puppy like this and keep your house spotless at the same time? Let’s take a closer a look at do cockapoos malt.

The Importance of the Breeds Involved

One of the first issues to consider is that of the different breeds that have been combined to give us this adorable breed. The fact that this dog is a cross between a Cocker Spaniel and a Poodle means that many of them they tend to have tightly curled hair that doesn’t fall out as much as with some other breeds.

While this doesn’t completely eliminate the cockapoo shedding issue, it does mean that you can expect a lot less hassle in this respect. Just ask someone who has a dog that sheds heavily and you will see that he can give a lot of work in tidying up.

Another point to bear in mind is that it is principally the Poodle lineage that helps your dog to avoid your cockapoo shedding his hair. This means that the more Poodle blood he has in him then the less he is likely to shed, while one who has more Cocker Spaniel in him will shed more hair.

Having said that, not all Cocker Spaniels shed in the same way, anyway. Some of them do this very little while others leave their hairs all over the place, so this information on its own doesn’t give you a complete idea of his possible future levels of cockapoo shedding.

If you aren’t sure about the puppy you are interested in then ask the breeder for an idea of what you can expect in this respect. You can also take a look at his parents to see what kind of coats they have, although this isn’t an exact science by any means.

Do Cockapoo puppies shed? The one time in their lives when all dogs will definitely shed their hair is when they start to grow up and lose their cute puppy fur. By the time that he reaches the ripe old age of 8 months or so he should have his adult coat fully settled in. 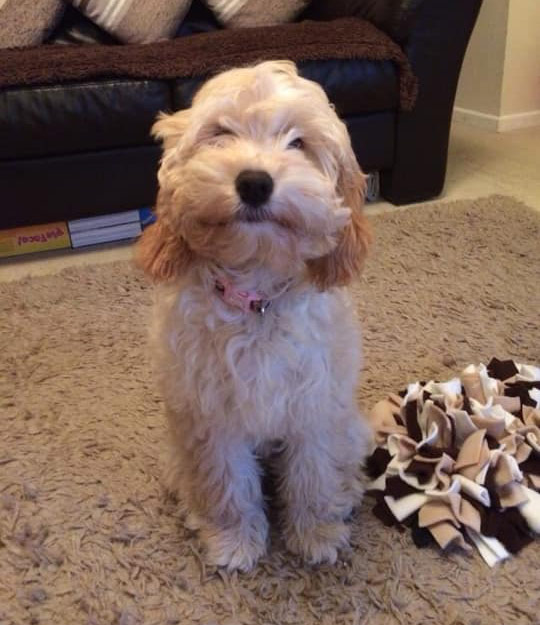 During the process of losing his puppy fur, it is important that you make some time to groom his coat regularly. Ideally, you will do this maybe once or twice a day to keep him looking good and stop the loose hair from building up too much.

If you do this right then you can expect his adult coat to come in beautifully and without him leaving his old hair all over the place in the process. On the other hand, if you neglect to do this then you may find that he ends up with a matted, unsightly coat that doesn’t look great at all.

Is It Worth Asking the Breeder?

As mentioned previously, you can ask the breeder “do cockapoos shed?” for their opinion on how likely a puppy is to grow into an adult dog who gives your vacuum for pet hair a lot of hard work to do. However, don’t be surprised if he tells you that he simply doesn’t know yet what his coat will look like.

This is because, until a puppy reaches at least 6 weeks old it is pretty much impossible to know what his coat will be like when he grows up. By all means, you can ask the breeder for his opinion based on his experience and the parents of the puppy.

If he doesn’t give you anything other than a vague answer then it isn’t because he is trying to avoid the question. He just doesn’t know and probably doesn’t want to risk giving you wrong information.

When Will You Know?

The most important question is when you will be able to tell how heavily he is likely to shed his hair as an adult dog. Thankfully, this should become clear after just 8 weeks, if not slightly before.

At this time, it should be clear to you whether he has inherited wavy hair or tight curls. If he has the look of a Cocker Spaniel then expect him to shed more when he is older, although you can make life easier for your vacuum cleaner by brushing his coat regularly and keeping it nice and short.

If it is clear that he has inherited the curly hair from the Poodle side of his family then you are going to have a lot less to worry about in terms of tidying up hairs. His coat isn’t going to change from now on, so you can safely say at this point how much he is likely to shed in the future.

Summary of do Cockapoos moult

So lets summarise the fact of do cockapoos moult. It certainly isn’t true that no Cockapoo will ever shed his hair. In fact, all dogs will lose hair at some point and this friendly little fellow is no different from all the rest when it comes to this matter.

However, it would be fair to say that most of them are likely to shed their hair lightly and without making too much of a mess of your home. Making a smart choice in this matter is all down to picking the right puppy and waiting long enough to see what his coat is going to be like when he grows up.

If you think you need a de-shedding tool, check some out here.

1 thought on “Do Cockapoos Shed Hair?”