Are you interested in bringing a dog into your home? Have you given much thought to your new member of the family being a cockapoo? A cockapoo is a designer or mixed breed dog, that is a cross breed with a cocker spaniel and a poodle. They are incredibly popular, thanks to their huge and loveable personality. Although there are many crossbreeds out there, the cockapoo was one of the first.

As well as having bountiful energy, they are also very warm and exceptionally clever. One of the main reasons why poodles and cocker spaniels were bred together, above all these other great personality traits, was to develop a breed that had a balanced temperament and was less likely to aggravate allergy sufferers.

However, you mustn’t rush into getting cockapoos, or any breeds of dogs for that matter. To help you make the decision of whether this breed is right for you or not, therefore, it’s a good idea to look at both the good points and the bad points. That is what we are going to discuss in the following post.

First, let’s take a look at some of the many pros of choosing a cockapoo as your new family member.

As cockapoos are exceptionally clever dogs, they are easy to train. Compared to other breeds and crossbreeds similarly sized, cockapoos are dogs known to better adapt to a new home. There is no question about their companionship and loyalty to their owners. Although they are better suited to a family with older, more responsible children, they are the kind of breed that will be great companion dogs for just about anyone. 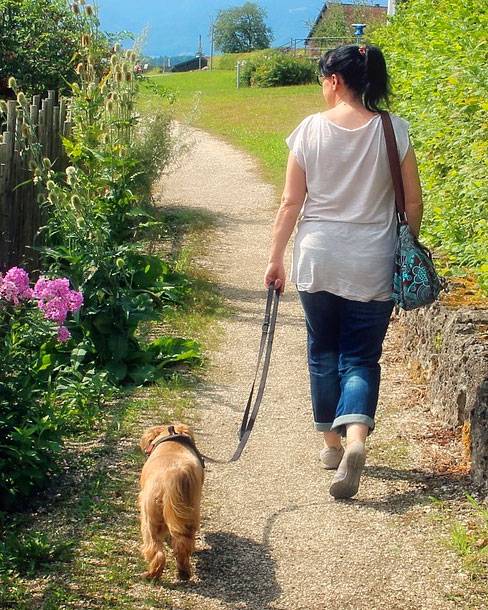 2. They Don’t Shed In Large Quantities or Regularly

As noted at the outset, one of the reasons the cockapoo cross breed was planned in the first place was to have an animal that inherited the favourable characteristic of a poodle of it not shedding much. Even during the period of spring through to winter, which is an important transitionary period for a dog’s coat, they don’t shed much at all.

You still need to carry out regular grooming, like brushing their fur once a day to stop it from knotting or matting and their fur will need to be trimmed or clipped occasionally too. As well as not shedding fur much, they also don’t produce much dander, which is why many people see them as being hypoallergenic. While there is no such thing as a 100% hypoallergenic dog breed, cockapoos are one of the crossbreeds that come close to it.

3. They are Easy to Look After

Although it depends on the size you get, you should look to feed this breed at least ¼ of a cupful to ¾ of a cupful of high-end nutritious dry dog food every day. It is best to divide this into two separate meals so they can feel satisfyingly full throughout the day.

Be careful, though, as you will need to adjust this amount based on unique factors affecting your own individual dog, including the likes of their metabolism, activity levels and many other things. For example, dogs always running around and playing outside will need more to eat than dogs that prefers to laze around.

4. They Are Generally a Quiet Breed

Generally speaking, the majority of cockapoos are not especially big on barking. While it is likely they will bark to alert you, someone is coming to your home, they will be more likely to scuttle off and hide once they are close. 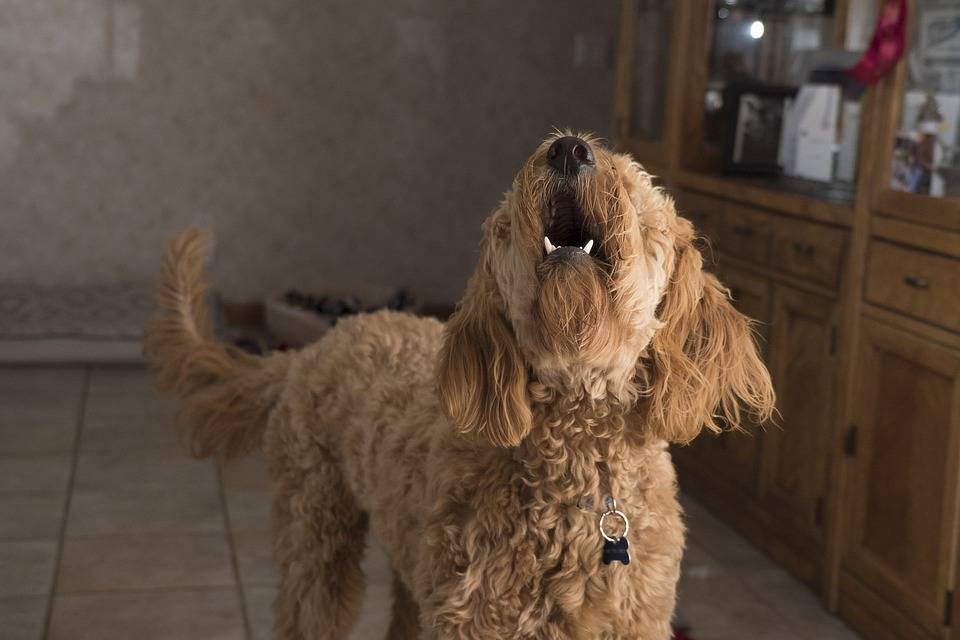 Cockapoos are a louder breed when they have been left alone for a considerable amount of time. Many people recommend crate training for cockapoos, but as they are more likely to complain, it can be a little aggravating.

5. They Are A Very Accepting Breed

Are you looking for the best guard dog you can get? Look at another breed, then. Cockapoos are a very accepting breed and are happy with both children and older members of the family. You will also find that they get on with most other animals, including other dogs, rabbits and cats.

6. There Are Four Different Sizes to Choose From

Interestingly, if you are not keen on having what are considered to be standard-sized dogs and are looking for something smaller that has all the positive personality traits and is easy to look after, cockapoos may still be a viable option. There are four different sizes of this cross breed to choose from, depending on the size of the cocker spaniel and poodle pet parents. These include the teacup size which has a height of less than 10-inches and weight of less than 6-pounds, while the toy variety is a lot stockier but still weighs relatively light at just under 12-pounds, with the miniature cockapoo measuring under 14-inches and weighing around the 18-pound mark. The biggest variety of cockapoo is the standard or maxi, which stands at 15-inches tall more or less and has a weight of more than 19-pounds.

7. There Are A Variety of Coat Colour Combinations Available

It’s not just their sizes that vary from one cockapoo to another, as there are numerous coat colour combinations available too. Generally, cockapoos grow just one long coat with loose curls in it. There are even some varieties to this, depending on what traits it inherits from what parent breed.

There is also a great deal of variety of colour combinations available, with cockapoos being bred in just about any coat colours you will find either a cocker spaniel or poodle with.

Now, so that you can make a thorough and informed decision, let’s look at some of the less than desirable qualities of cockapoos.

1. They Need to Be Socialised Early To Develop That Friendly Personality

While we stand by what we said that cockapoos can have friendly, warm and healthy personalities, it does not come about by chance. You need to expose cockapoos to various situations early on in their life to ensure they develop that personality. Therefore, you need to expose them to various experience, sights, sounds and people within the first few months of their life. 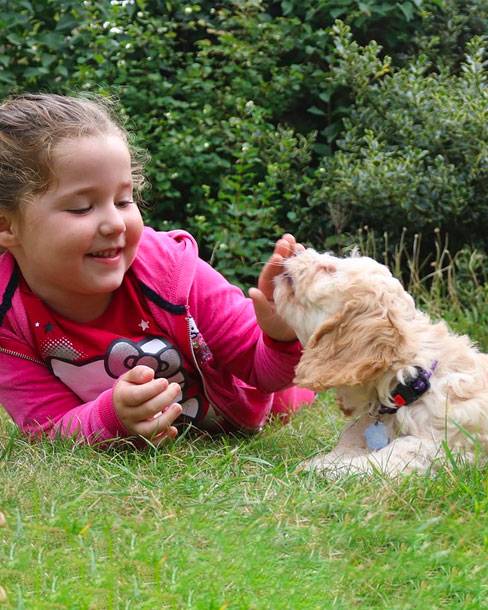 This is necessary for helping cockapoos to become energetic and friendly animals you and others will love and get on with. If you don’t, there is a chance your cocker spaniel and poodle cross breed may develop a serious case of separation anxiety. Undesirable personality traits and behaviours can form in cockapoos if positive reinforcement is not used properly during training. With all of the above in mind, you need to be able to devote a reasonable amount of patience and time to stop the development of problematic characteristics.

2. They Require Regular and Consistent Companionship

Cockapoos are a cross breed that doesn’t respond well to spending too much time on their own. Like many other companion dogs, they are very prone to suffering from separation anxiety, as hinted at above. Therefore, if you spend between 4 and 8 hours of the day away from home, you are bound to see the symptoms and actions of an animal suffering from social anxiety.

Cockapoos like other social dogs feel secure and safe when they are around people. Even if they have gone through crate training. Some of the negative effects that occur as a result of neglect are increases in destructive chewing and general aggression.

3. They Generally Have a Lot of Energy

Although you will find that most cockapoos tend to adapt to living in apartments and flats without too much trouble, larger animals are very high energy and require lots of exercise. Ideally, the kind of house that is best for a cockapoo is one that has a lower level and a yard with a fence that enables the dog to run around, explore and basically work off all that energy they have in reserve. 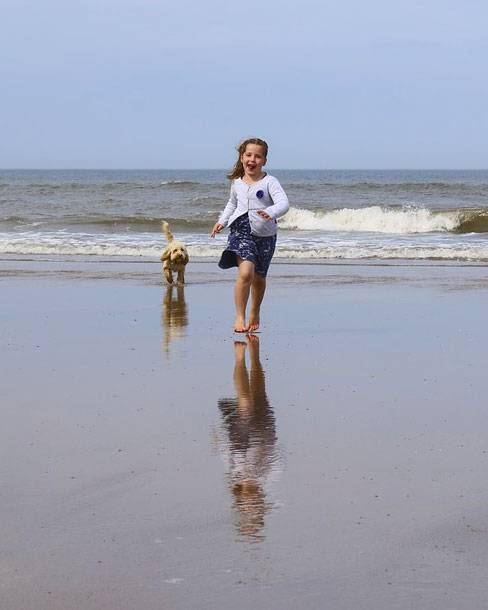 Like most things, the individual needs of your specific cockapoo will be different to another with regards to exercise. However, you should plan to take yours out on 15-minute walks every day.

4. There Are Some Health Issues Common to Cockapoos

As cockapoos mature, there are various health issues this cross breed are prone to suffering from. For instance, cataracts are a common development that cockapoos experience in older age. This gives their eyes a cloudy appearance and stops their vision from functioning properly. Another common problem with this breed is slipped stifles which are often related to issues with their knee joints. Other common and very serious issues they can develop include liver disease and hip dysplasia because of the cocker spaniel side of the breed.

Hip dysplasia is a very serious deformity of the hip joint that can cause problems that become increasingly painful and debilitating as your animal gets older.

Another health issue that cockapoos suffer from due to their cocker spaniels heritage is their tendency to develop ear infections. This is due to the shape and structure of their ears, which often means they have moisture and debris trapped inside them. You will need to check and clean them regularly to prevent this. We, and most experts, would recommend having cockapoos ears cleaned at least once every week. As is the case with most animals, you need to brush their teeth between 2 and 3 times a week to stop the build-up of tartar and keep their nails trimmed neatly, dealing with them every couple of weeks.

5. Many Cockapoos Are Closer In Personality to Cocker Spaniels

As breeders combine genetics to create cockapoos, many dogs have more of the traits related to cocker spaniels than poodles and some of the ones you will want. Some pups, for example, have higher anxiety levels than others. On the other hand, they can be more submissive, with a real innate fear that any response could cause trouble for them. Some become fear-biters because their size is a disadvantage. Although this is not a common problem, it is reason enough to only get cockapoos through reputable breeders.

6. The Type of Spaniel Used is Not Always Gauranteed

There is not always a guarantee as to which type of spaniel will be used in the mix. Generally, breeders use the American cocker rather than the English spaniel. Even though breeders try to separate the Spoodles (those that are English spaniels bred with Poodles) from the Cockapoos, this is not an exact science. Any reputable breeder should be able to tell you the pet parents and even let you meet them.

As you can see there are just as many pros to owning a cockapoo as there are cons. Your decision about whether a cockapoo is the right breed for you, your household and your lifestyle, is something you need to decide for yourself.

Using this list should make it easier, as you will be able to determine which positives you really want from a dog and the negatives you can look past and whether this is the dog breed for you. Whatever you decide, we know that if you put a lot of thought into it, it will be the right one.