That’s a fair enough question, but why would you want your cockapoo to calm down? For us, a dog’s craziness is what makes him unique, no matter how old he gets. If by calming down, you mean getting past the puppy and terrible teen phase where he chews everything, nips, jumps and is just downright rebellious, you’ll be pleased to know, it will happen when he reaches adulthood. 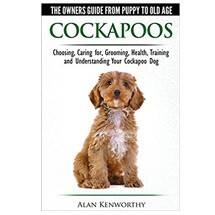 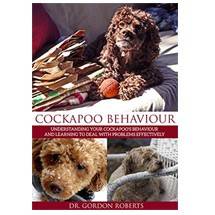 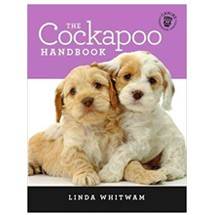 When do Cockapoo puppies calm down? Just like kids, cockapoos (and other puppies) go through different phases, like the terrible two’s (two months for pups as opposed to two years for kids), the fours (yes, four months for dogs and four years for kids) and the terrible teens. But they all grow up, and calm down. For dogs, this can be between one and two years, although a cockapoo can start getting their adult coat as early as eight months.

So the good news is your cockapoo will calm down as he gets older, but the not so great news is that it’s not just going to happen on its own without training. You, as his parents are going to need to put in the time and energy, teach him some of the basic commands and expose him to all sorts of new experiences. Dogs thrive in pack settings, and if he feels like he’s a part of a loving family, it’ll make him feel safer, which means he’ll feel at ease and be calm.

As your cockapoo gets older, from about seven years, he might start experiencing age-related issues, but somewhere in between his puppy years, the terrible teens and “old age” are his (and your) best years. While he might not be stealing shoes, toys and other valuable items, he has enough energy for walks, playtime and other fun activities. If you notice that he doesn’t have as much energy as normal, or is more listless, there’s a good chance he’s not feeling well.

How to Calm Your Cockapoo Down Naturally

Dogs, just like people, have their own personalities and energy levels. While one cockapoo might like hanging out on the sofa another will go stir-crazy if he’s stuck indoors for too long. Here are a few ways for you to calm your cockapoo down naturally.

One of the easiest and most convenient ways to get rid of pent-up energy is to take your pup for a walk, keeping in mind we don’t mean a quick walk around the block. For a walk to take its toll, it needs to be an hour or more, or if you can, a run is even better. 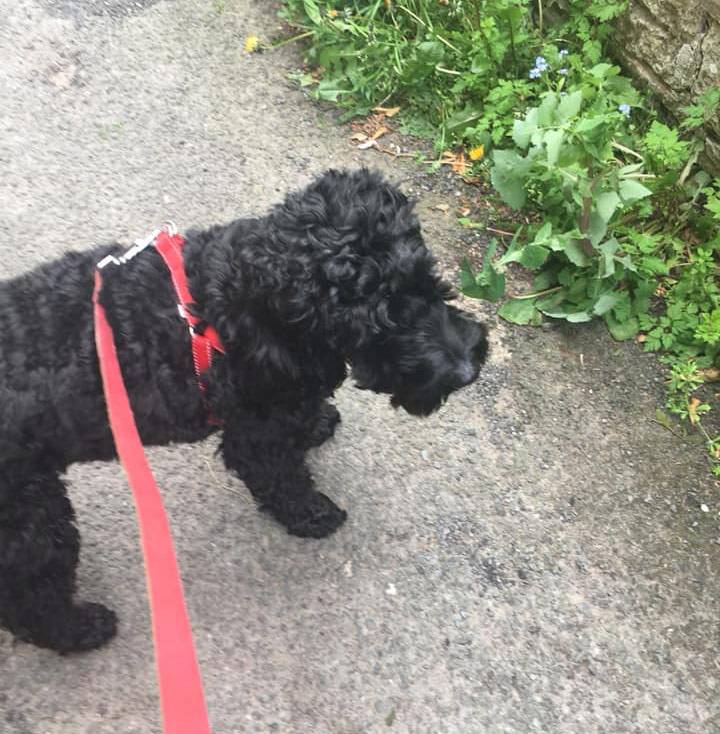 Dogs love to play, and you can burn up some of his energy with a game of fetch or hide and seek. Cockapoos need mental stimulation, as much as they need to be active, so hide treats around the house and let him find them. Treat-dispensing toys are a great idea as are snuffle mats. 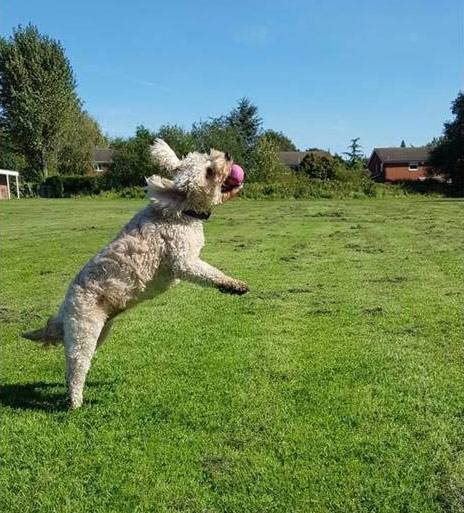 If you cockapoo enjoys it, why not invite a furry friend over for a playdate or take him to a dog park. Obviously, it helps if he’s socialised, which is where you come in as a responsible pet owner. 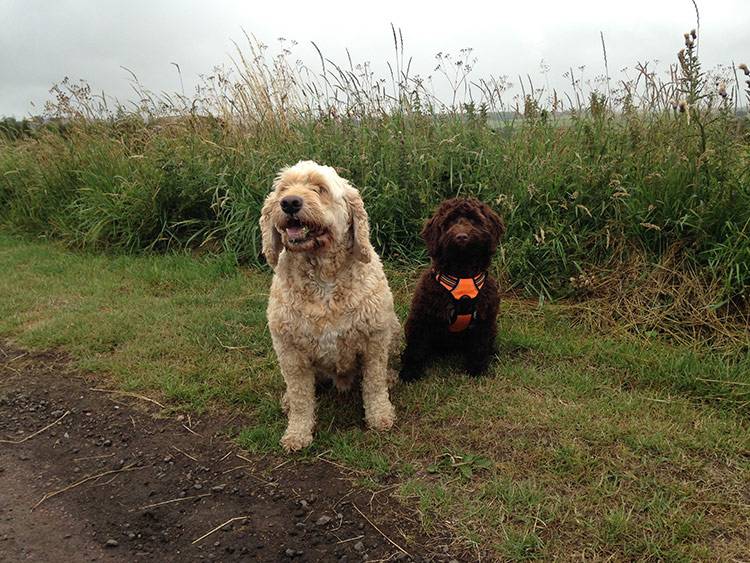 If your pup is alone at home for hours on end during the day, you might want to consider doggy daycare. He can get rid of all that energy while you’re at work, and the two of you can relax when you’re home. Daycare facilities are quite flexible, and if every day isn’t an option, you can ask about two or three days a week.

Some cockapoos stay young at heart regardless of their age, but if you feel like your dog isn’t as calm as he could be, make sure he’s getting enough physical activity and mental stimulation. A bored pup is usually a destructive one.

A possibility is taking your dog for longer walks. If our dog is not walked enough, she needs constant attention from us, never settles and digs large holes in our garden. She has a long two hour walk during the day and gets to play with lots of other dogs at day care, and then in the evening she gets walked for an hour. Playing is important for our cockapoo because she needs the mental stimulation and can burn up a lot of energy if she is running around playing with dogs and humans.

Our cockapoo needs to be walked for at least one hour for the walk to affect the dog, and we try to run sometimes with our dog. He is very energetic and fit, so she could still be walked and exercised more even with that amount of exercise.

There is a possibility that your dog could be misbehaving or acting excited because he or she is going through their equivalent to their teenage years if the dog is about six months. We are currently going through that with our dog. You can still help in getting your dog to calm down, even if he might have to grow out of it”

Doggy day care helps. He gets long walks and mental stimulation while I am at work, so he is a lot calmer when I come to pick him up after work. Our cockapoo gets to play with other dogs and is actively social as well, which helps calm him down and will calm your dog down. Most facilities are open in a flexible way, so you should at least be able to use a doggy day care two or three days a week.

As well as making sure your dog is mentally stimulated, he will need to be kept active and exercised well, so we walk him for an hour and three quarters in the evening. During the weekend, we like to walk him three times a day for shorter periods of time. If our dog is bored, he will get destructive, so keep your cockapoo occupied and he will not get bored and break stuff, and make sure he gets enough exercise so he does not have too much energy and bothers you.”

It could help if your dog has a dog to play with. You could invite a furry friend over and your dog will have someone to exercise, mentally stimulate and socialise with, or take your dog to day care. If that is not possible, you can play with your dog more. Hide and seek is good for my dog, as well as fetch. A dog can burn a lot of energy that way. Hiding treats around the house could help as well as treat-dispensing toys and snuffle mats. An addition thing that you could do is take your cockapoo to a dog park where he will meet other dogs and can socialise with them, as well as run about and get some exercise.

Exercise has been important in calming our dog down. Give him plenty of exercise and keep him mentally stimulated and he should calm down over time. Try walking, or even running, on and off leash regularly for more than an hour at a time. He will burn off a lot of energy that way and will bother you a lot less. Your cockapoo will calm down eventually although it might take time and effort, you just have to work hard and wait for him to stop getting so excited.